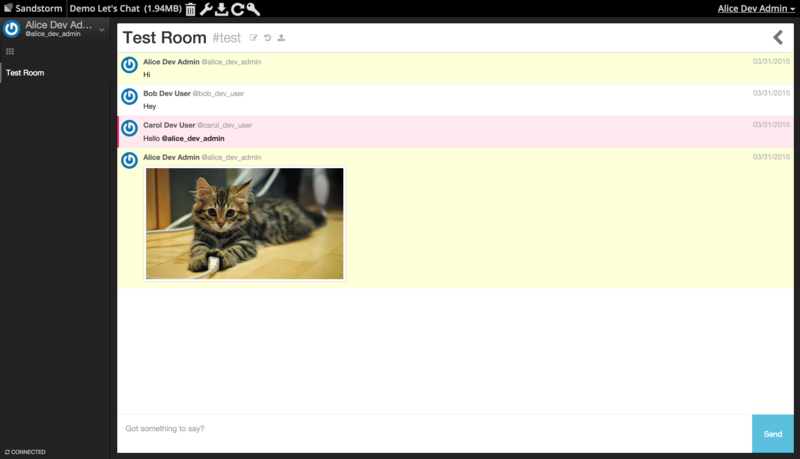 Last week, I packaged Let’s Chat, an open source team chat app, similar to Slack. You can try it on the Sandstorm demo right now, or install it from the app list.

As described by its developers:

Let’s Chat is a persistent messaging application that runs on Node.js and MongoDB. It’s designed to be easily deployable and fits well with small, intimate teams.

A few notes on the packaging process: This package doesn’t use the normal MongoDB, but instead Kenton’s fork. This allows the app to only use ~300KB of storage when each instance is created instead of the normal minimum of a few hundred MB for Mongo. Otherwise, the packaging process went very smoothly except for dealing with passport, a Node.js authentication library. I ended up forking passport-token to look at HTTP headers only (by default it will look at POST data as well, which would make it insecure inside Sandstorm). You can see the forked code here, and if there’s some interest, I can work to get it published on NPM.

You can see the full package source here, and if you want to use Let’s Chat, check it out on the app list. Feel free to let me know what you think on sandstorm-dev.