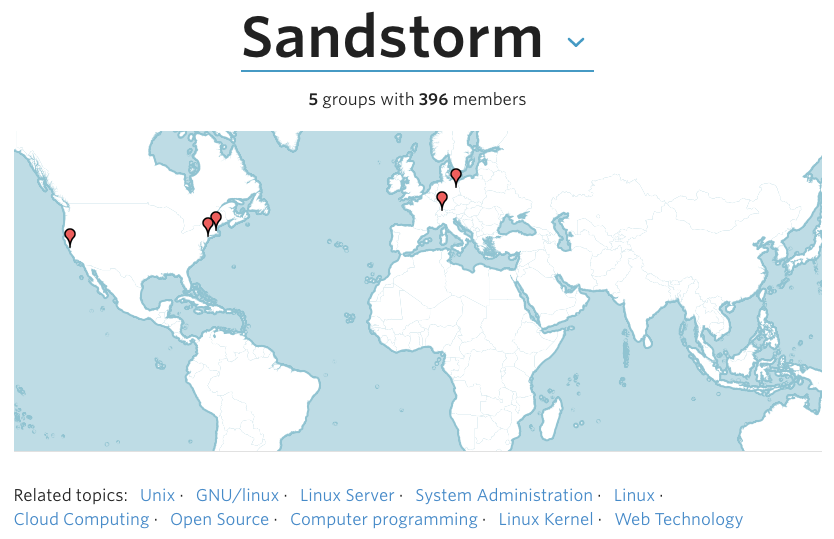 To put your city on the map, drop a line to community@sandstorm.io, and I’ll get you all set up.